This question can be slightly contentious as Unit Standing Orders for Safety, Departmental Polices and Unit SOPs will come into play and they will vary from unit to unit or department. A typical standard is that the safety lever remains on safe until a threat (person with a weapon) has been clearly identified. Special Operations Units will have a variation to that which goes into more depth and expands on what a threat is (other than a person with a weapon) for close quarter battle and can be articulated as the following; any space that has not been cleared that could contain or conceal a person with a weapon or, an unknown person (suspect) without a weapon (but who could produce one) or, an open door or closed doors. 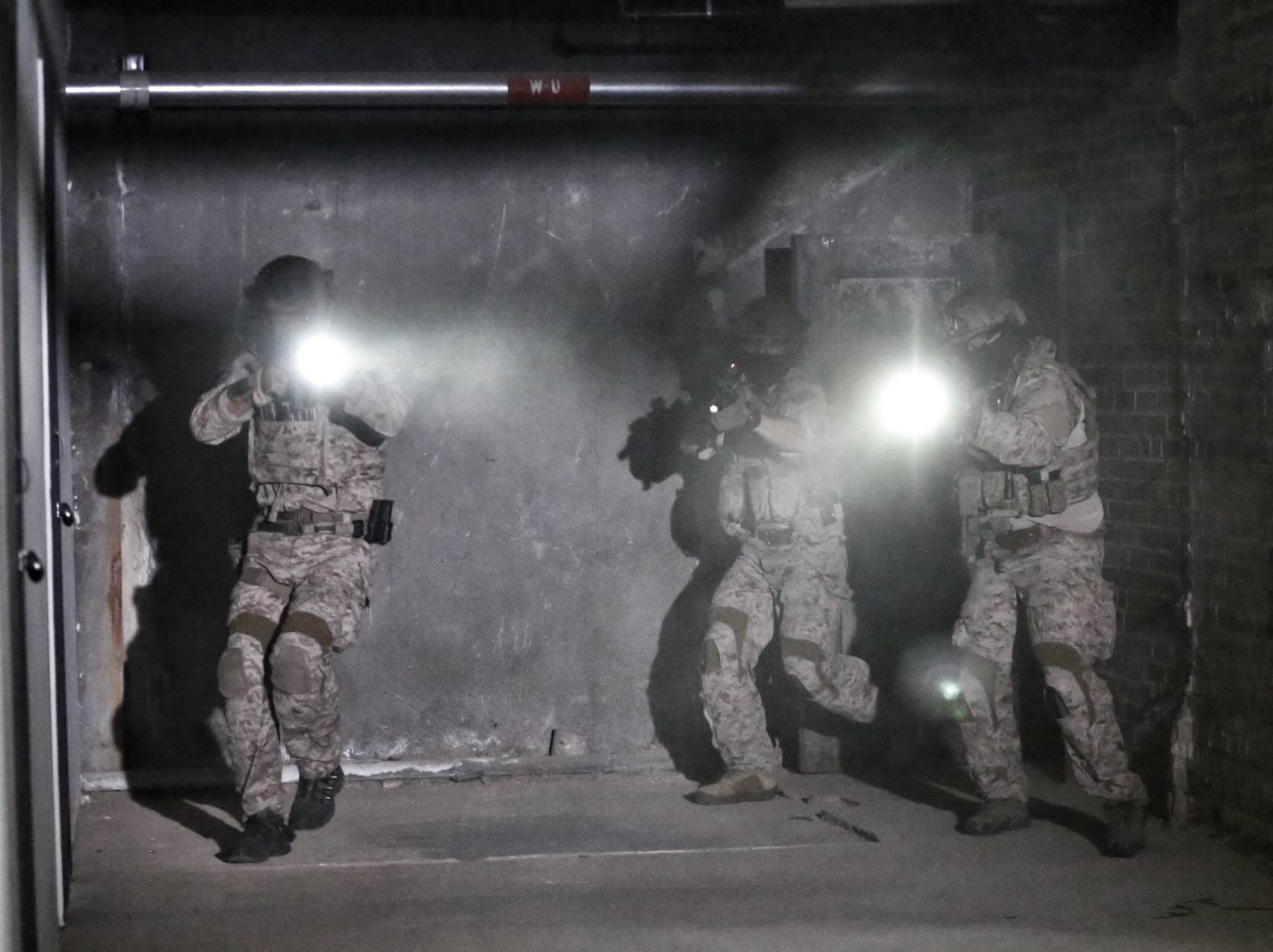 These are great examples of when we can switch to fire during close combat but what about other situations such as urban operations where the distances are greater and there are many different threats? Do we continually switch from safe to fire as we cover threats?

No, we have to have a more robust methodology for the application of the safety lever and that is, that we should only switch from safe to fire if we are close enough to commence prosecuting (clearing) the threat. So, if I was holding on the corner of a building from 60-yards, I will have my weapon presented, however the safety will remain on safe as I am not close enough to clear it. This factors in margin for error and the dynamic environment where things change rapidly. We also say that when we are moving, the weapon should be on safe. An example during urban operations would be, moving externally as part of a team down a road covering doors, windows and roof tops, we would have the weapon presented on threats but would be on safe while moving. This again factors in the dynamics of the ever changing environment and the need to have robust procedures for safety. A caveat to this for room combat would be if I was the one-man or point man conducting a movement procedure, I would be authorized to sweep the safety to fire as I am actively prosecuting room threats. If I am not involved in the clearance but still in the room, I would have my weapon checked up and the weapon would be on safe. 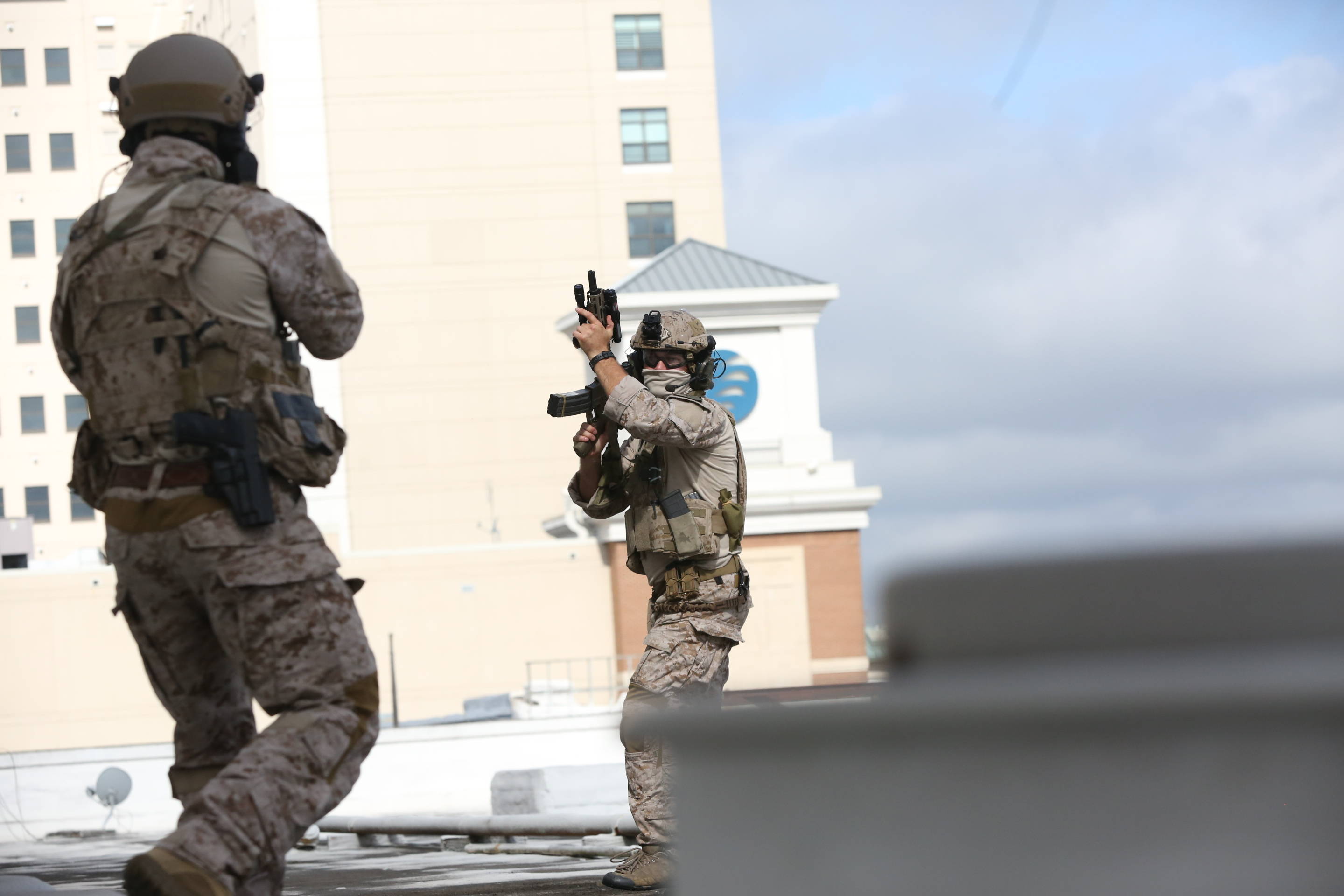 There are always caveats and times where we need to break some of these rules. In special operations we need to be more flexible in our approach to safety as our missions and environments can be complex and very dangerous. SOF are task focused not safety focused, meaning that  training for the reality of the mission is the most important aspect and that safety although very much present, it is not driving the training. SOF training is very realistic and also very dangerous,  and where training accidents can be deadly. SOF training is extremely well planned and executed in phases of individual training, team training and element size training. Being too ridged with these types of individual procedures does not provide enough flexibility to SOF personnel and can possibly lead to failures due to compressed time frames and decision making. In addition to selecting personnel for special operations units, personnel posted to them receive advanced training and specialist skill sets that go beyond the standards of conventional units. Because SOF personnel have a higher degree of training and operate in unique high-risk environments we need to apply a slightly different set of standards. An example would not only be when the safety lever can be moved to fire, but also when the finger is able to move onto the trigger. Another example is with a different weapons system, the M9 pistol. The conventional standard to carry the M9 is for the pistol to be de-cocked, holstered with the safety lever on safe. In contrast, special operations Units will modify this procedure and carry the weapon in the holster, de-cocked and on fire. This allows SOF to be faster to get the weapon ready to fire during compressed time frame situations such as close combat. 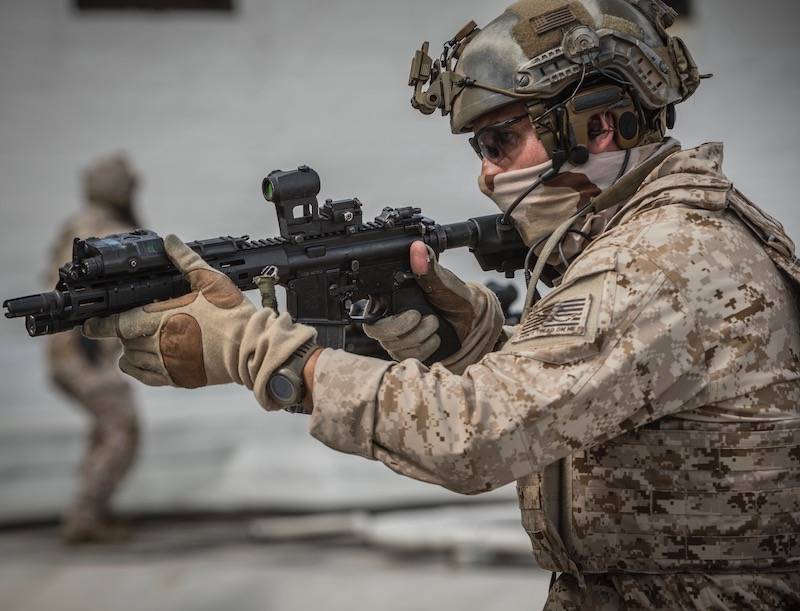 So, depending on the client, we teach to apply the safety lever to the fire position when we are covering a threat that we are also prosecuting otherwise is remains on safe. If the weapon is not presented, then the safety should be on safe. In addition, anytime we relinquish positive control of the weapons fire controls (pistol grip) it should also be on safe. Examples would be; slinging the weapon, or resting the weapon on the ground. Some may say that the weapon should be on safe when transitioning to the pistol. It is a fair observation but applying the safety lever while transitioning to the pistol is not always possible. An example is when the hammer on an AR15 platform is forward and the weapon has failed to fire, the safety is not able to be placed on safe. What we teach for the transition is that the student is to “attempt to apply safe” during the transition. This takes care of times when the safety is not able to be applied due to the operating system. 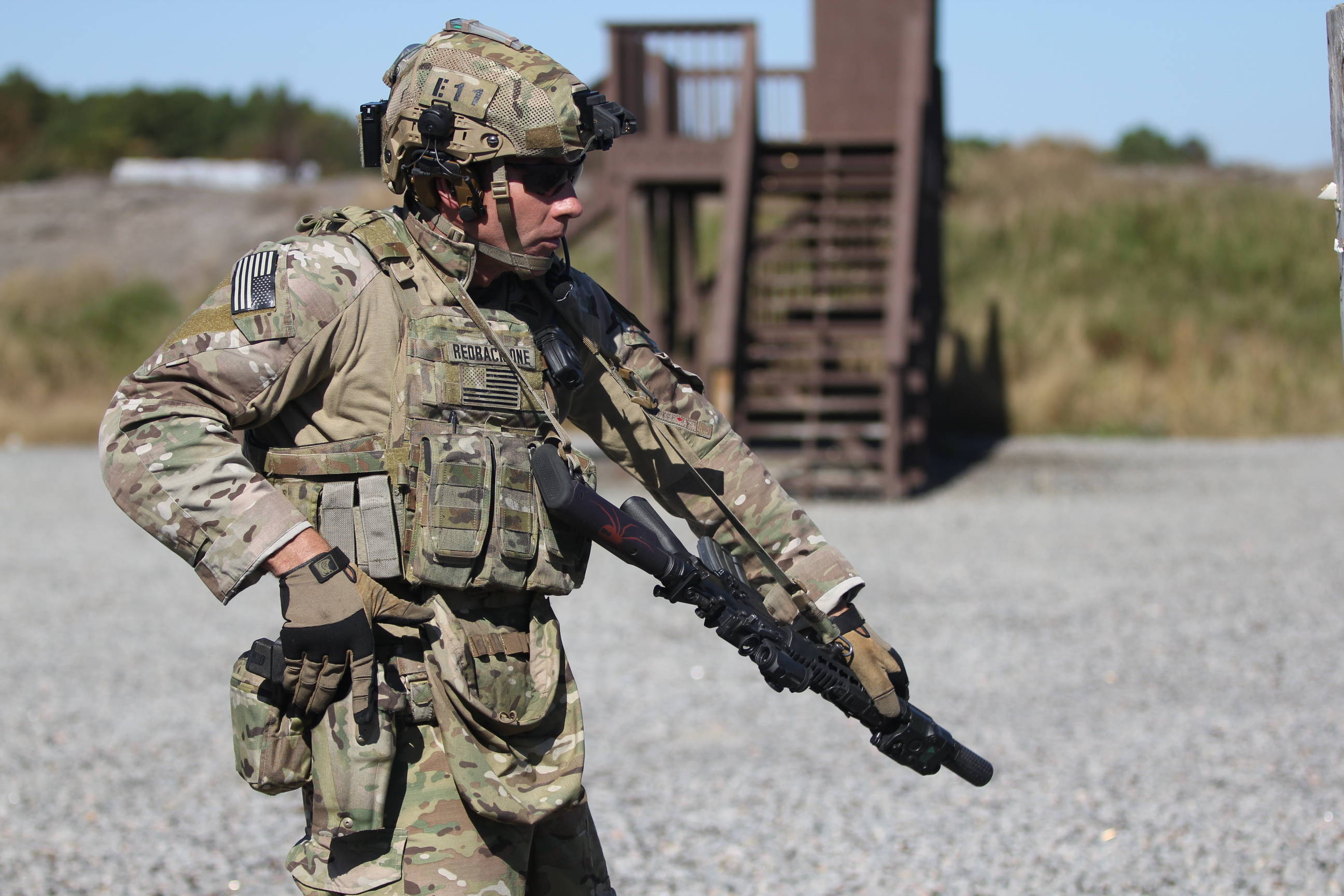 Stoppage clearances including but not limited to the combat reload, failure to fire or double feed however are slightly different. All of these are weapons handling procedures bring the weapon from the presented position to the work space to identify and clear, so in theory it should be on safe right!? Well, not exactly and here is why. During stoppage clearance procedures, we do not relinquish positive control of the weapon but we do bring the weapon offline in order to perform the weapons handling. But, because we are still in an active gun fight we forgo the safety and allow the weapon to remain on fire during the procedure. Having proper muzzle discipline and trigger finger awareness is paramount when operating in close combat environments or in reduced visibility to ensure we maintain a safe working environment while performing weapons handling procedures like these especially in close proximity to other personnel. 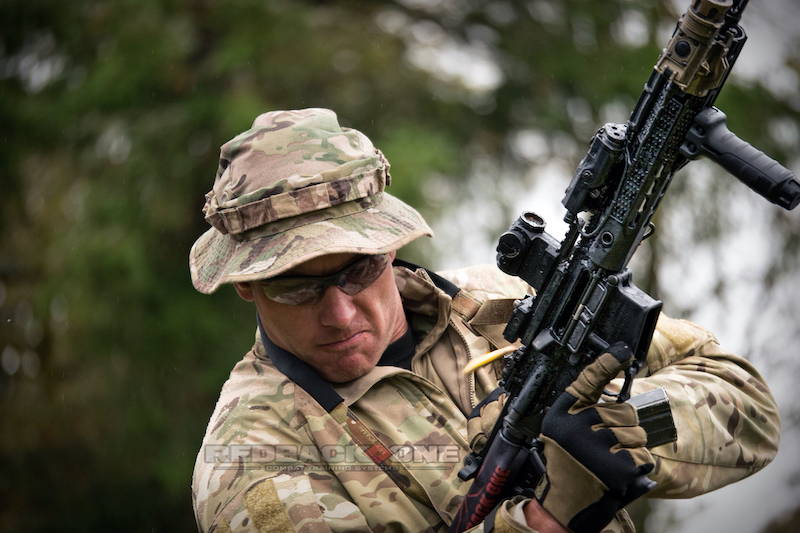 About the Author: Jason is a decorated combat veteran of the Australian Defense Force who served 12 years in Army Special Operations. Jason’s service includes six years in a raiding platoon with the Commando Regiment and six years of service in a vehicle mounted and water operations troop with the Special Air Service Regiment (SASR). Jason has extensive experience in counter terrorist operations and was an assault team 2IC on the Tactical Assault Group (TAG) and was tasked with performing duties including but are not limited to, Hostage Rescue, Subsurface Approach, Ship Attack, Ship Underway Recovery, Gas & Oil Platform Recovery, Aircraft Recovery, Stronghold Recovery. Jason has over 22 months of overseas deployments including combat deployments to East TImor, Afghanistan and Iraq.